Today I’m going to talk about the day that worries every projector owner, replacing the bowl. This is Optoma HD 20. I’ve had it for years now, and it turns out the bulb life. Wasn’t 2000 hours. It wasn’t 4,000 hours at a whopping 6,040 something hours to project and went no loss shut itself down and said, it’s time to replace the bulb. And this is where things get interesting because if you start searching for a bulb online we’ll find a lot of bulb vendors have like two and a half stars. One star negative eight stars, people weeping and wailing because the projector bulb industry kind of comes into three categories. 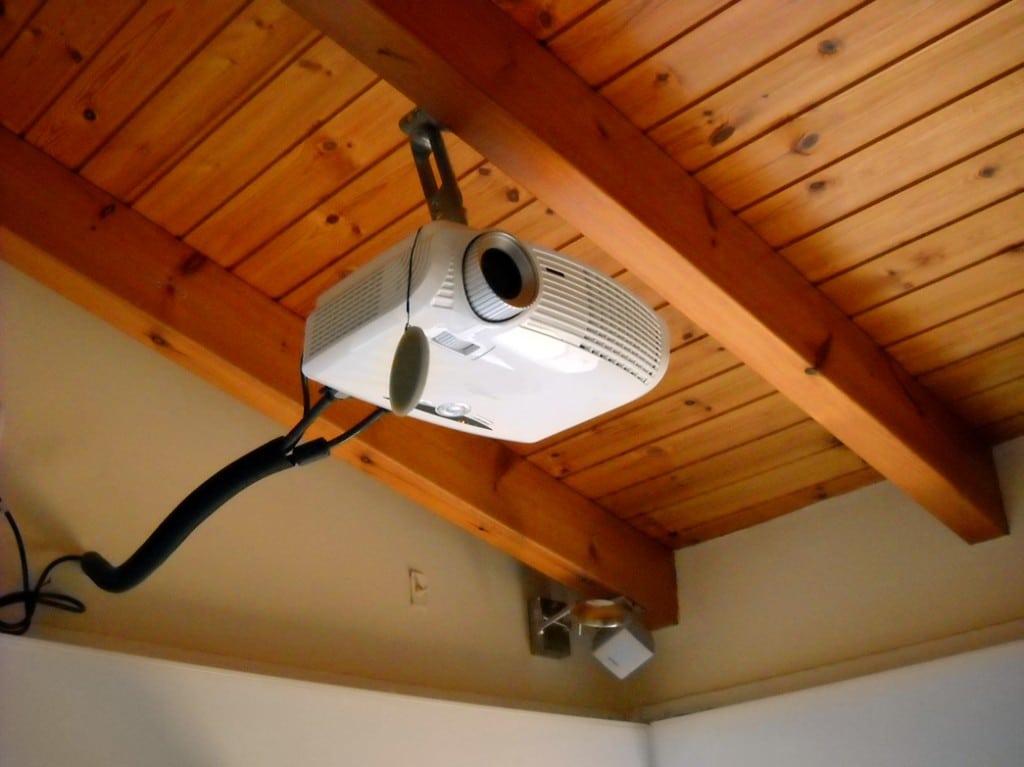 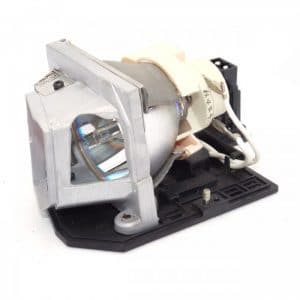 Buying it from the original manufacturer and paying a lot of money, buying it from a vetted manufacturer, a vetted reseller of the manufacturers that has a good online reputation or buying it for like half the price from them than it would cost from the manufacturer and paying significantly less money. The problem is with a lot of the cheap bulbs, it’s a caveat emptor situation, but with a lot of the cheap bulbs, you will find out that certain important filters are missing. So it might turn out to burn your color wheel and ruin your projector. So you saved a hundred bucks on a but you ruined a thousand dollars or $4,000 projector. This is what my dad used to call a bad thing. Let’s say you’re really smart. And you already have a projector bulb. Pre-ordered from the manufacturer waiting in a closet for the terrible day, right before the super bowl or your favourite movie night that the projective bulb dies.

Unplugged the projector. Wait at least 30 minutes because projector bulbs get stupid hot, like lighting things on fire hot. So give your projected 30 minutes, pull it down off of its mountain. Start to, I think things I’ve already for time purposes. Read user manual. Well, they want to make sure you do this right. I also want to make sure you don’t touch anything inside the case that involves passing light through it before it goes to your screen. And you know, it’s going to look a little different on different types of projectors, but this is the basic idea and I’ve broken the magic seal and now the lid pops out. First of all, I see a lot of dust inside of here, one dead mosquito and the lens. And this might not be a bad time. If you have a vacuum, the cleaner handy to pull it out, do not use compressed air. Um, you don’t want to force the dust deeper into the machine, but you do want to use the handle. You do want to unscrew the screw and then use the handle. I’ve mentioned the manual, it’s there for a reason.

Make Sure to Clean all The Dust

And just like that, the bolt comes out. So the bulbs are pretty crazy. It actually has some pretty serious filtering and coatings going on. And if they are missing, you can end up your screen or this entire piece is missing. Do not put the replacement bulb inside of your projector. I’m going to take a moment to be absolutely horrified by the amount of dirt on my fan. I’m going to have to figure out how to get the dust off my fan. That’s just nasty looking in there. Just make sure you don’t touch the lens or any of the components on this side. There’s your color wheel inside of there. That’s the thing that spins around and allows us to pick colors, do not touch that it would be bad. You don’t want to get any fingerprints on that.

You also want to make sure you don’t get any fingerprints anywhere on the lamp and on the glass here. So let’s pull out our replacement and see if it matches what came out of the machine. Sometimes you might be surprised. So compare and old and a new bulb. They’re looking pretty comparable. Glass looks pretty comparable. If you want to be really paranoid, you could put on your white gloves and take the glass out of the original bulb and put it in the new bulb. I’m going to be trustworthy and assume the high ranked vendor does good bulbs. Everything looks pretty clean and shiny. Remember to keep mugging, to keep your fingers. The worst place to get fingers is in there because your wax can cause the bolt to shatter. That would be bad. This gets pretty hot to keep your fingers off that just make it a little easier. Let me pop our handle loose. And we’re going to line things up very carefully or, and keep our fingers away from the lens and the bulb. And if we’re really lucky, this will just drop right in place. Make sure our screws are lining up or replace the lid. So the bulb works. 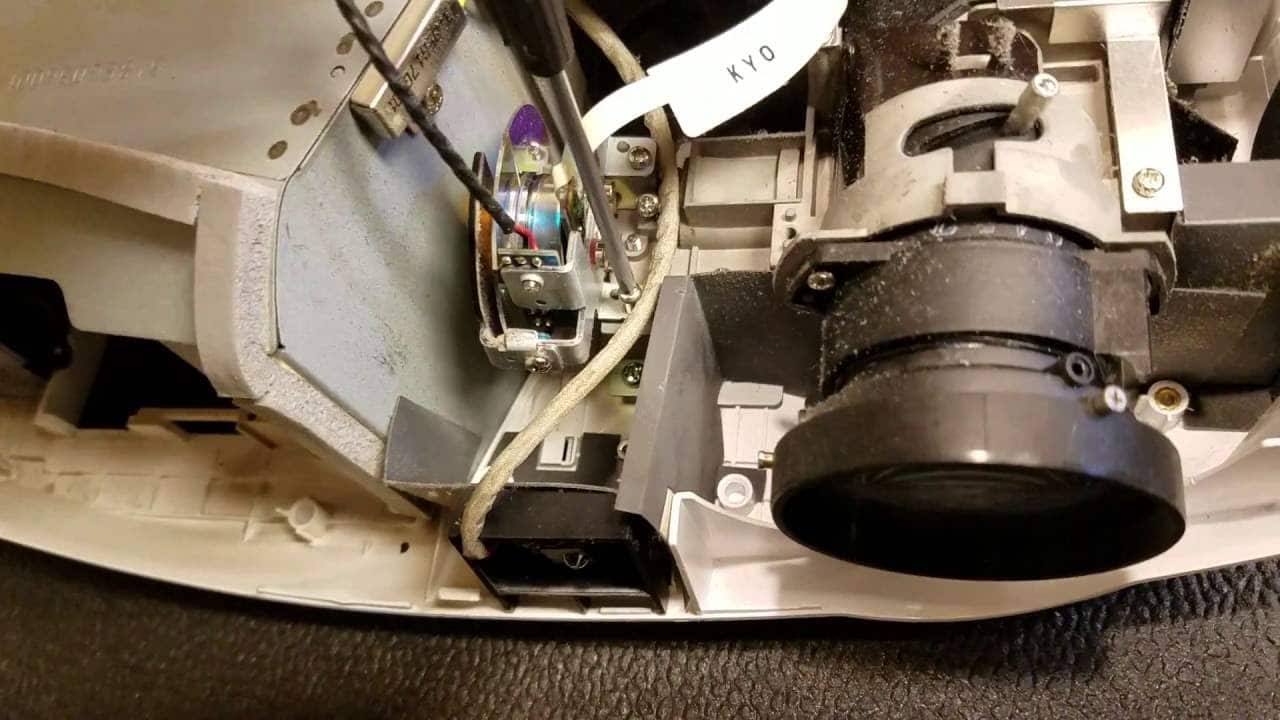 Have a Replacement Bulb Ready

But there’s one more thing you want to do before you’re done and go fire up. You might notice our lamp setting is currently zero. I reset it to zero. Just to see if I can trick the projector into letting me use the bulb for a little bit longer to project your said no. And apparently, because the bulb really was worn out and I have a new one in there, it looks really good. I’m really excited. The kids are going to have a movie night on Saturday night, and now you have an idea of what it means when you buy a projector to replace the bulb.

You’re going to have to do this every typically 2000 to four hours, I get a ridiculous 6,000 hours out of this bulb. It might explain why we had to get the room so dark in the last six months. But it’s something to think about when you’re buying a projector, you know, under a thousand dollars, I’ve had a hundred-inch screen for like three years. That’s the magical projectors, big screens for no money, but you will have to replace a bulb every so often. And if you are a big fan of the sports game or not up movie night, you shouldn’t have a projector bulb in house ready to replace the old one just in case.

Alex Norman and Jared Wayman here. A smart home automation enthusiast and a professional electrician, who loves technology and clever solutions to make a better living. Running BRG to share guides and solutions in a right way.

Some posts may contain affiliate links. Best Robots Guide is a participant in the Amazon Services LLC Associates Program, an affiliate advertising program designed to provide a means for sites to earn advertising fees by advertising and linking to Amazon.com.